And 2022 is over. The Common Lisp language and environment are solid and stable, yet evolve. Implementations, go-to libraries, best practices, communities evolve. We don’t need a “State of the Ecosystem” every two weeks but still, what happened and what did you miss in 2022?

This is my pick of the most exciting, fascinating, interesting or just cool projects, tools, libraries and articles that popped-up during that time (with a few exceptions that appeared in late 2021).

This overview is not a “State of the CL ecosystem” (HN comments (133)) that I did in 2020, for which you can find complementary comments on HN.

I think this article (of sorts) is definitely helpful for onlookers to Common Lisp, but doesn’t provide the full “story” or “feel” of Common Lisp, and I want to offer to HN my own perspective.

And, suffice to say, I tried to talk about the most important things, but this article (of sorts) is by no means a compilation of all new CL projects or all the articles published on the internet. Look on Reddit, Quicklisp releases, Github, and my favourite resources:

If I had to pick 3 achievements they would be:

A newcomer to Lisp came, asked a question, and suddenly he created a super useful rendering of the specification. Check it out!

But that’s not all, he also started work on a new Common Lisp editor, built in Rust and Tauri, see below.

We continue to enrich the Common Lisp Cookbook. You are welcome to join, since documention is best built by newcomers for newcomers.

We saw achievements in at least 8 implementations.

They are doing great work to revive a Lisp machine:

Medley Interlisp is a project aiming to restore the Interlisp-D software environment of the Lisp Machines Xerox produced since the early 1980s, and rehost it on modern operating systems and computers. It’s unique in the retrocomputing space in that many of the original designers and implementors of major parts of the system are participating in the effort.

I won’t list expired job announces, but this year Lispers could apply for jobs in: web development(WebCheckout, freelance announces), cloud service providers (Keepit), big-data analysis (Ravenpack, and chances are they are still hiring)), quantum computing (HLR Laboratories), AI (Mind AI, SRI International), real-time data aggregration and alerting engines for energy systems (3E); for a startup building autism tech (and using CLOG already); there have been a job seeking to rewrite a Python backend to Common Lisp (RIFFIT); there have been some bounties; etc.

Prior Lisp experience was not 100% necessary. There were openings for junior and senior levels, remote and not remote (Australia for “a big corp”, U.S., Spain, Ukraine…).

I remind the reader that most Lisp jobs do not have a public job posting, instead candidates are often found organically on the community channels: IRC, Twitter, Discord, Reddit… or teams simply train their new developer.

In 2022 we added a few companies to the ongoing, non-official list on awesome-lisp-companies. If your company uses Common Lisp, feel free to tell us on an issue or in the comments!

For example, Feetr.io “is entirely Lisp”.

Lisp was a conscious decision because it allows a small team to be incredibly productive, plus the fact that it’s a live image allows you to connect to it over the internet and poke and prod the current state, which has really allowed a much clearer understanding of the data.

We’re using CL in prod for an embedded system for some years now, fairly smooth sailing. It started out as an MVP/prototype so implementation was of no concern, then gained enough velocity and market interest that a rewrite was infeasible. We re-train talent on the job instead. 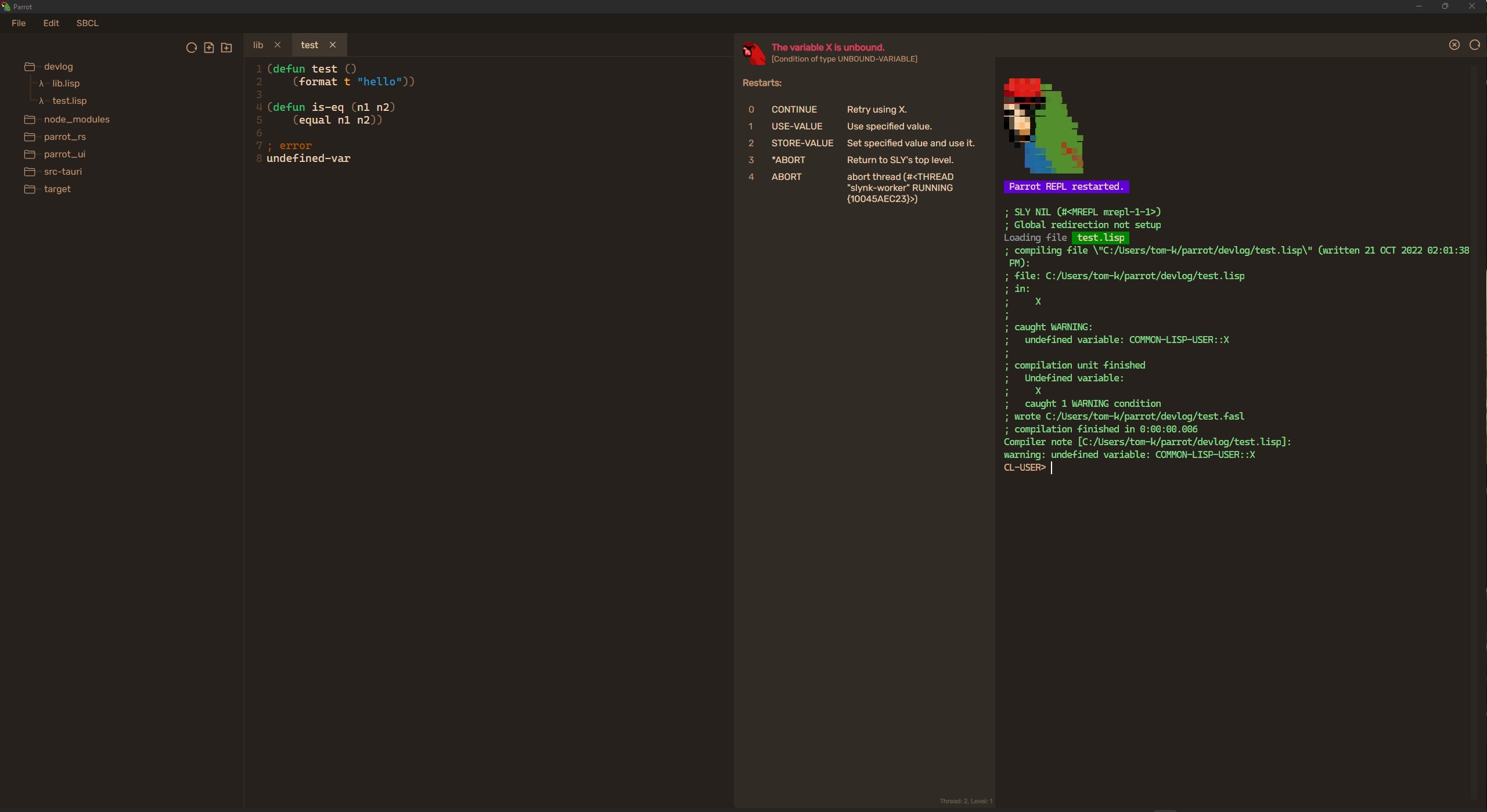 See also lisp-actors, which also does networking. It looks like more of a research project, as it doesn’t have unit-tests nor documentation, but it was used for the (stopped) Emotiq blockchain.

There has been outstanding work done there. It is also great to see the different entities working on this. That includes SBCL developers, Doug Katzman of Google, and people at HRL Laboratories (also responsible of Coalton, Haskell-like on top of CL).

Have you ever wanted to call into your Lisp library from C? Have you ever written your nice scientific application in Lisp, only to be requested by people to rewrite it in Python, so they can use its functionality? Or, maybe you’ve written an RPC or pipes library to coordinate different programming languages, running things in different processes and passing messages around to simulate foreign function calls.

[…] If you prefer using SBCL, you can now join in on the cross-language programming frenzy too.

Kandria launches on Steam on the 11th of January, in two days!

We saw the release of fresh bindings for Gtk4.

We had bindings for Qt5… but they are still very rough, hard to install so far.

The idea would be to develop a system along the lines of Blender/Maya/Houdini, but oriented towards the strengths of Common Lisp.

I’m an old-time 3D developer who has worked in CL on and off for many years.

I don’t consider myself an expert […] A little about me: • wrote 3D animation software used in “Jurassic Park” • software R&D lead on “Final Fantasy: The Spirits Within” movie • senior software developer on “The Hobbit” films.

Interfaces with other languages

It is straightforward to install with a Docker command. They offer more features and support with their paid service.

LicensePrompt was released. It is “a single place to track all recurring software and IT expenses and send relevant reminders to all interested people”. It’s built in CL, interface with HTMX.

I don’t have lots of open-source apps to show. Mines are running in production and all is going well. I share everything on my blog posts. I also have an open-source one in development, but that’s for the 2023 showcase :D

🚀 The awesome novelty of 2022 I spoke of in the introduction is CLOG, the Common Lisp Omnificent GUI: 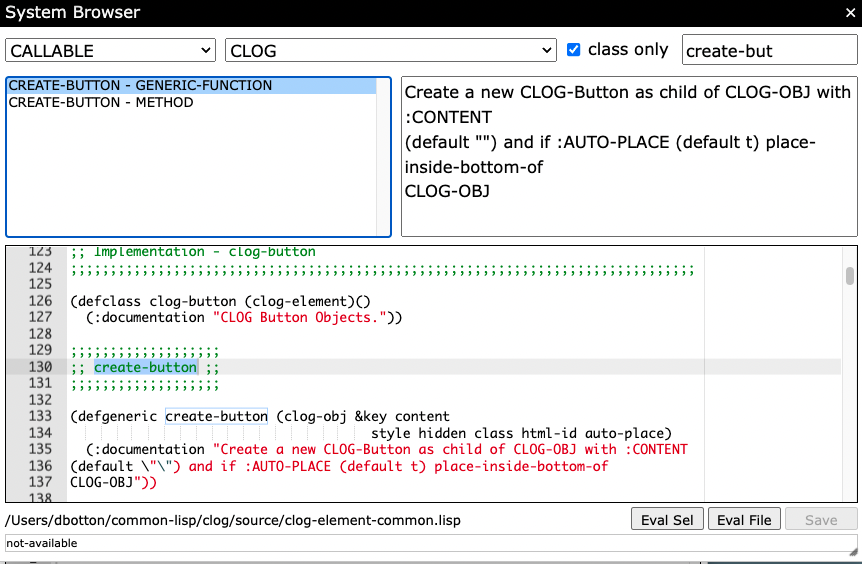 I know of one open-source consequent CLOG app: mold-desktop, in development.

I’m developing a programmable desktop and a bookmarks manager application with CLOG. I think I know one of the things that make CLOG user interfaces so easy to develop. It is that they are effortlessly composable. That’s it for now :)

There are lots of awesome projects in music composition, including OpusModus and OpenMusic which saw new releases. I also like to cite ScoreCloud, a mobile app built with LispWorks, where you whistle, sing or play your instrument, and the app writes the music score O_o

New videos by me:

and of course, find 3h48+ of condensed Lisp content on my Udemy video course! (I’m still working on new content, as a student you get updates).

Thanks everyone, happy lisping and see you around!