The Lem editor, which supports Common Lisp as well as other languages, works by default in the terminal with a ncurses frontend (it also has an experimental Electron frontend). It ships a nice Lisp REPL: it has good fuzzy completion, enough keyboard shortcuts, an interactive debugger, a completion menu, etc.

It is now possible to run Lem straight in its Lisp REPL. Run it with:

The optional argument (t) was added recently (thanks, @cxxxr) and allows to start the REPL in fullscreen.

Here is it in action: 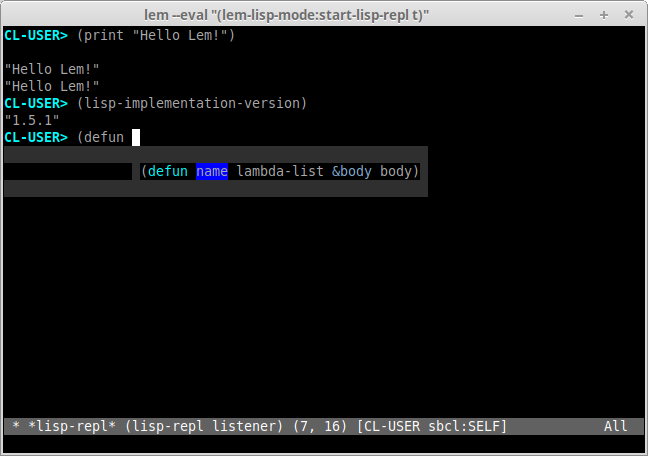 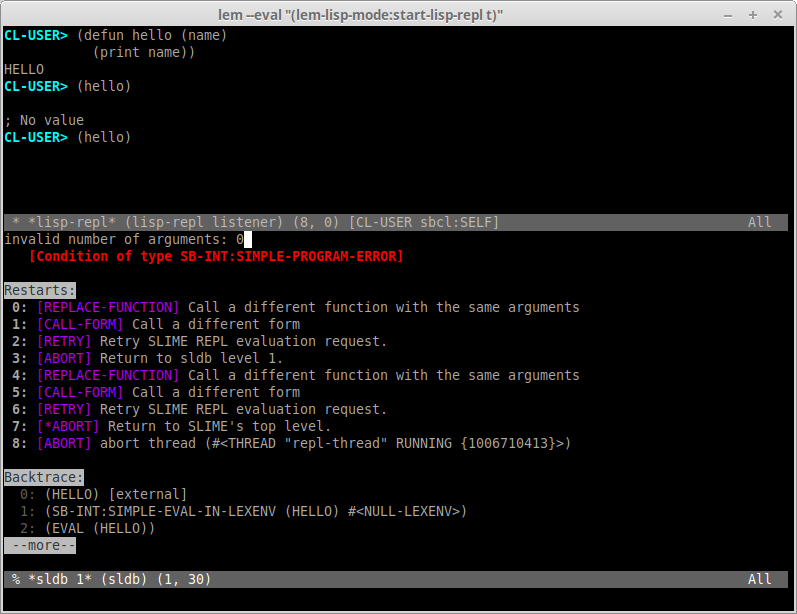 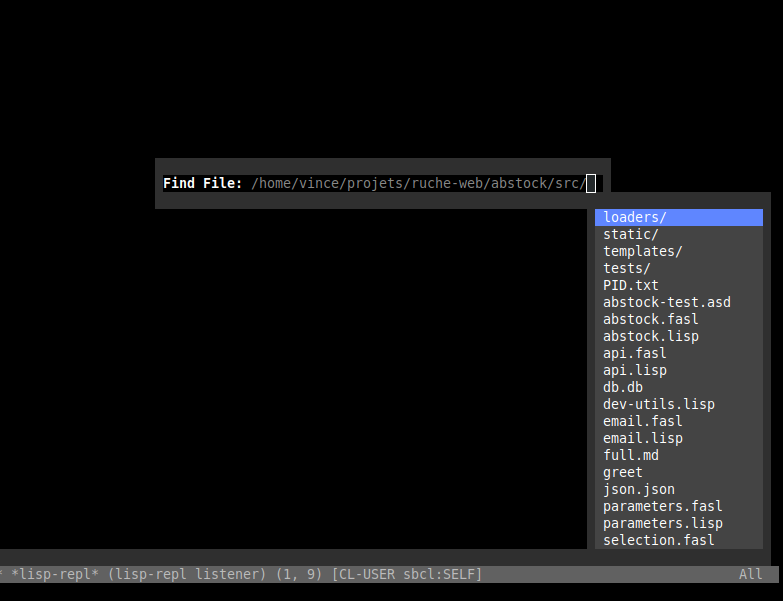 The other terminal-based REPL alternatives are:

but IMO, they now fall short compared to Lem’s features.

To install it, see its wiki. In short, do

To install Roswell, do one of

Lem has Emacs-like keybindings, as well as a vi emulation (M-x vi-mode). Unfortunately, that is not documented much.

To compile and load a buffer: C-c C-k. To compile a function: C-c C-c.

To switch buffers: C-x b.

Lem works out of the box for several programming languages (Python, Rust, Scala…). It also has an HTML mode, a directory mode… Lem needs to be discovered!